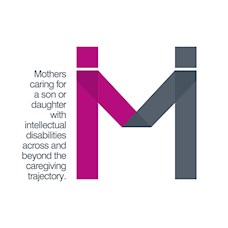 Mothers of people with intellectual disabilities face exceptional challenges and may be more prone to experiencing mental ill-health compared to mothers of typically developing people, which may differ at different stages of the caregiving trajectory. However, there is no evidence-synthesis on this topic. We aimed to systematically review evidence in this area, and to identify gaps in the existing literature.

We searched Medline, Embase, CINAHL and PsycINFO databases for relevant papers. No time limits were applied to our searches, but we limited them to studies published in English. Studies which focused on mothers of people with intellectual disabilities and included a comparison group of mothers of typically developing/ed children were included in the data extraction stage. Data were extracted from selected studies using a structured database. Where possible, meta-analyses were performed.

32/3,089 retrieved articles were included in our review, of which 10 reported on anxiety, 21 on depression and 23 on other indicators of mental ill-health. Mothers of individuals with intellectual disabilities experienced poorer mental health. Meta-analyses revealed significant findings for anxiety, depression, parenting stress, emotional burden, common mental disorders, but not for somatic symptoms. However, there were considerable differences between studies. Identified gaps included scarce research on mental ill-health of mothers of adults with intellectual disabilities at different stages of the caregiving trajectory.

What does this mean?

There is evidence of poorer mental ill-health in mothers of people with intellectual disabilities compared to mothers of typically developing people, but lack of focus on different stages of the caregiving trajectory, methodological inconsistencies between studies, and lack of robust studies pose limitations. This highlights both the need for improved supports for mothers, and for further methodologically robust research.

The original article is published in the Journal of Intellectual Disability Research (JIDR) and can be found online here.

For more information about this work, please contact us: sldo-info@glasgow.ac.uk

This project is conducted in partnership with: