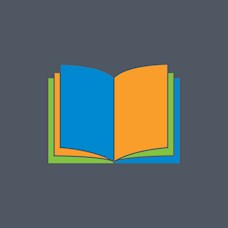 We found that, despite significant policy recognition of targeted violence and disability hate crime, people with learning disabilities disproportionately experience all forms of violence at all stages of the life course including childhood sexual violence, physical abuse, violence in long-stay hospitals and care, and financial abuse. All of the participants who spoke to us reported violence and harassment as children, young people and adults; for many violence was ongoing. Participants also reported that fear of violence and long-lasting impacts of violence led to anxiety, depression, self-harm and suicide attempts. Participants were sometimes afraid to leave their homes, or would only leave with a support worker which meant that they did not feel able to live independent lives in the community. Participants also reported that they were frequently not believed by support workers, family members and, crucially, Police which made them feel isolated, lonely and scared.

The findings from this research show that there is a need for significant recognition of the specific forms of violence experienced by people with learning disabilities. Despite hate crime legislation and hate crime reform, there has been very little improvement in the experiences of people with learning disabilities. They still face significant barriers to reporting violence, feel that they are not believed by support workers, authority figures, the Police and many fear reprisals when they do report violence. In instances where participants reported violence, often nothing was done.

This research has shown that experiences of violence significantly impact health and wellbeing, as such a public health approach to targeted violence is one way in which targeted harassment and abuse could be approached. Broader socio-attitudinal change is also required which needs to be underpinned by policy change that better facilities and makes possible the inclusion of people with learning disabilities in communities. Violence is a significant and serious issue for people with learning disabilities, their citizenship and health, yet participants felt that it was a ‘normal’, frequent and everyday part of their lives. While adult safeguarding seeks to prevent violence, greater consultation with people with learning disabilities is required to create meaningful social and policy change in line with equalities and human rights legislation.

The full paper Because I’ve Got a Learning Disability, They Don’t Take Me Seriously:” Violence, Wellbeing, and Devaluing People With Learning Disabilities by Phillippa Wiseman and Nick Watson is available online.